Better late than never getting you guys up to date on our trip all the way out to Pikes Peak in Colorado last weekend to hang out with the Shift Sector guys. As you guys know we do pretty much all of the east coast Wanna Go Fast events but some of my clients have been wanting to go out to the Pikes Peak event for quite some time. This year we decided it was time to give it a shot.


Jason and the team from Shift Sector were pretty awesome hosts. I had never met him or his team so it was a real honor to be able to shake hands as well as put a face with the name. The venue was pretty awesome.  Everything from the host hotel to the airfield was just a good time. I didn’t realize that the airfield is actually the Colorado Springs main airport. They just shut one of the 6 runways down to accommodate the racers.   Having never been there I had no idea how it was set up or what to expect. Being at elevation the runways there are crazy long. The runway we ran on was over 11,000ft long so there was all the room in the world for slowing down after the pass. They also have a “test” runway that isn’t timed if you want to go do tuning or grudge racing.  Very cool and different setup for sure, we enjoyed it.


The host hotel was pretty nice as well, most importantly it had a very large and conducive bar to hanging out.  At any given part of the evening the place was flooded with some of the top competitors in the industry all telling war stories and sharing experiences. If I’m being honest this is one of my favorite parts of an event like this. It seems like quarter mile racing there is still tension between the “competitors” just a little bit in the evenings, however in the half mile events I don’t feel like that is the case. Maybe I am wrong or reading into things the wrong way, but I feel no tension or animosity during the evening gatherings when it comes to half mile events. Given my love for the industry that plays a big roll in me enjoying nights with others during the evening activities.


Anyway, enough about the venue side of things. We took a semi full of cars out there to have some fun with.  We knew going into it that with the high elevation the cars were going to suffer some in speeds. The bigger turbo cars get to take advantage of the thin air due to the fact that they can make up for the power with producing boost even at 9500ft DA. However the “smaller” turbo cars can’t really do that. When I say smaller I mean basically 72mm and down. Even our customer’s car with the 72mm turbos was down nearly 10psi over what it would make at sea level.


So in the semi load of cars we had a good range of builds, along with a couple of customers that met us out there as well. We took the fastest chick we know… Alex Christmas, along with her husband Coy, and son Coy Jr. Coy and his son were driving exotics while Alex went fast LOL. Spachman’s Pro1900 was also part of the gang, Javid’s Pro1700, Bryan’s Pro1700, Tommy with a 35R Build. Tommy and Bryan met us there, both of them had just gotten their fresh TSM builds back a little over a week beforehand and were obviously eager to beat on them a little.


I’m not going to go into tons of writing details on how the cars did, instead you guys can watch the little video I did trackside in the link below. I will however hit the high points.


Alex’s car was the biggest power car we had there.  It ran flawlessly both days. We did however learn that the pump we used for the air-to-water intercooler didn’t have enough head pressure to overcome the Gs through the half lol! Whoops! Live and learn something new every event on these bigger cars. That didn’t deter us from running the car, but we were seeing upwards of 200+ degree intake air temps which certainly wasn’t helping performance at all.  :( We were still happy with the performance through the two days. I believe we ran 5 passes in the car ranging from 220-225mph with the fastest being with a 30mph headwind. Zero mechanical issues which is very nice on a car making 2000+HP.


Spachman, much to our dismay, ended up unable make it to the event. He had some last minute personal things come up and had to be a grown up instead of doing race car things with his race car friends. However on Saturday night at the bar Gidi, May, and myself came up with a grand plan for Gidi to take Spachman’s car for a pass Sunday. After running it by Spachman the answer was “that would be an honor”. So Sunday morning Gidi suited up and took a blast in the car. 214mph was the result of a one and done off the trailer pass just for fun. The car was pretty much all in for boost and down from it’s usual 50ish PSI to almost 40 lol! Gotta love that 9500ft DA!


Javid and his son Harris flew in from California which is always a treat. Javid is a joy to have trackside with the team. We were really excited as this was the first half mile event that Jav was going to drive the car himself the whole event. The last event we had his car at I drove the first day to shake the car down then weather prevented him from being able to pilot the car. He drove the car both days several times with a slowest pass of 200mph and a fastest of 212.16mph! We were very happy with the results given the headwind and DA.


It was pretty cool to have a customer actually from Colorado Springs there with us. Bryan’s fresh 2017 Pro1700 car had just gotten delivered to him. I absolutely love when we can be side by side with the customer for their first event like this. Watching them get more and more comfortable, teaching them the ins and outs, and then ultimately being a part of them meeting or exceeding their goals is more rewarding than I could ever explain.   Bryan ran his car over and over through the weekend. I think he told me it was over 20 passes through the two days without even the slightest hiccup. Literally all we did to the car was put fuel in it and check the oil the entire weekend. He was throwing friends, family, and even innocent bystanders in the passenger seat and turning it down to go run 180s. The event rules said no passengers over 180… he didn’t push the limits of that at all… LOL. At the end of the weekend I think half of Colorado had ridden in the car! He had exceeded his goals of running a 206mph pass, backed it up twice, drove the car home both nights, and then daily drove it to work all week :)  You truly can’t ask for much more. Just in case someone is wondering, the car is fuel system limited which is why it didn’t go as fast as say Javid’s Pro1700. Bryan’s is a 6 injector on Cobb … for now at least.


Our customer Tommy was in a very similar situation as Bryan. He had his car back for almost two weeks prior to the event. Just enough time to get a little street driving in and get used to the power. His car is very similar to Bryan’s in the sense that it’s a factory ECU controlled with a 6 injector setup. The biggest difference between the two being that Bryan’s car is a 4.1 stroker and Tommy’s is our Race 3.8 featuring a billet crank. Tommy’s turbo kit is an ETS kit with GTX35R turbos that made high 1400s on our dyno being fuel limited. Tommy very similarly ran over and over all weekend long without a hiccup. Running everywhere from high 190s to his best of 204mph, which he backed up pass after pass!

All in all we had an awesome event!  Every single car ran without issue the entire weekend, the customers had a blast, my staff enjoyed a pretty light workload, and we got to meet some awesome people from different parts of the country than we normally visit! We couldn’t ask for much more!


As a little bonus, we also debuted our Porsche 991 Turbo S program at this event and were able to destroy the previous half mile record by over 10mph in that platform! That’s something I’m proud of and pretty happy about.  If any of you have interest in reading about that here is a link to the build thread!


Thanks for taking the time to read… I said I wasn’t going to say too much but then I ended up writing another book! The video is fun anyway, give it a watch. 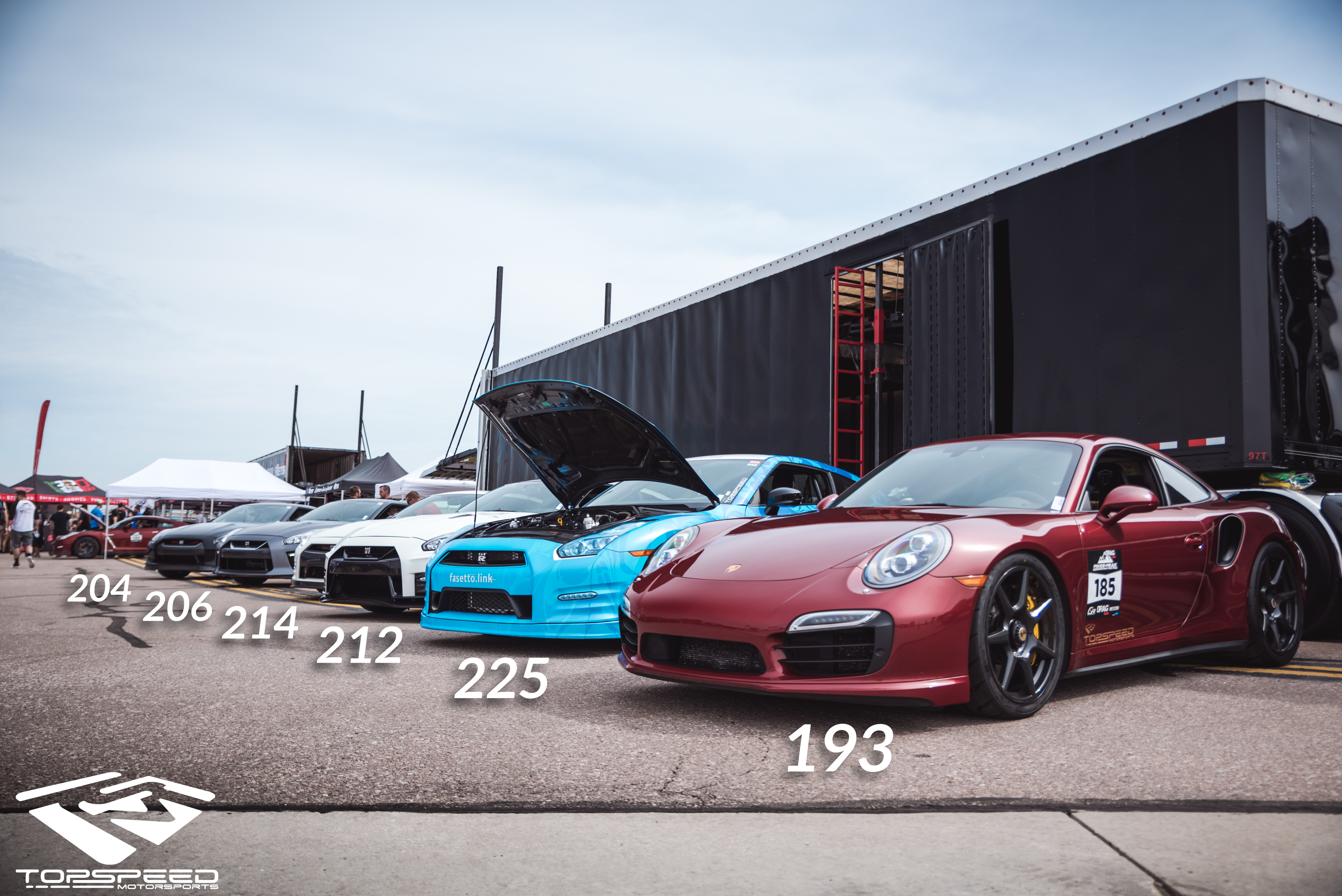 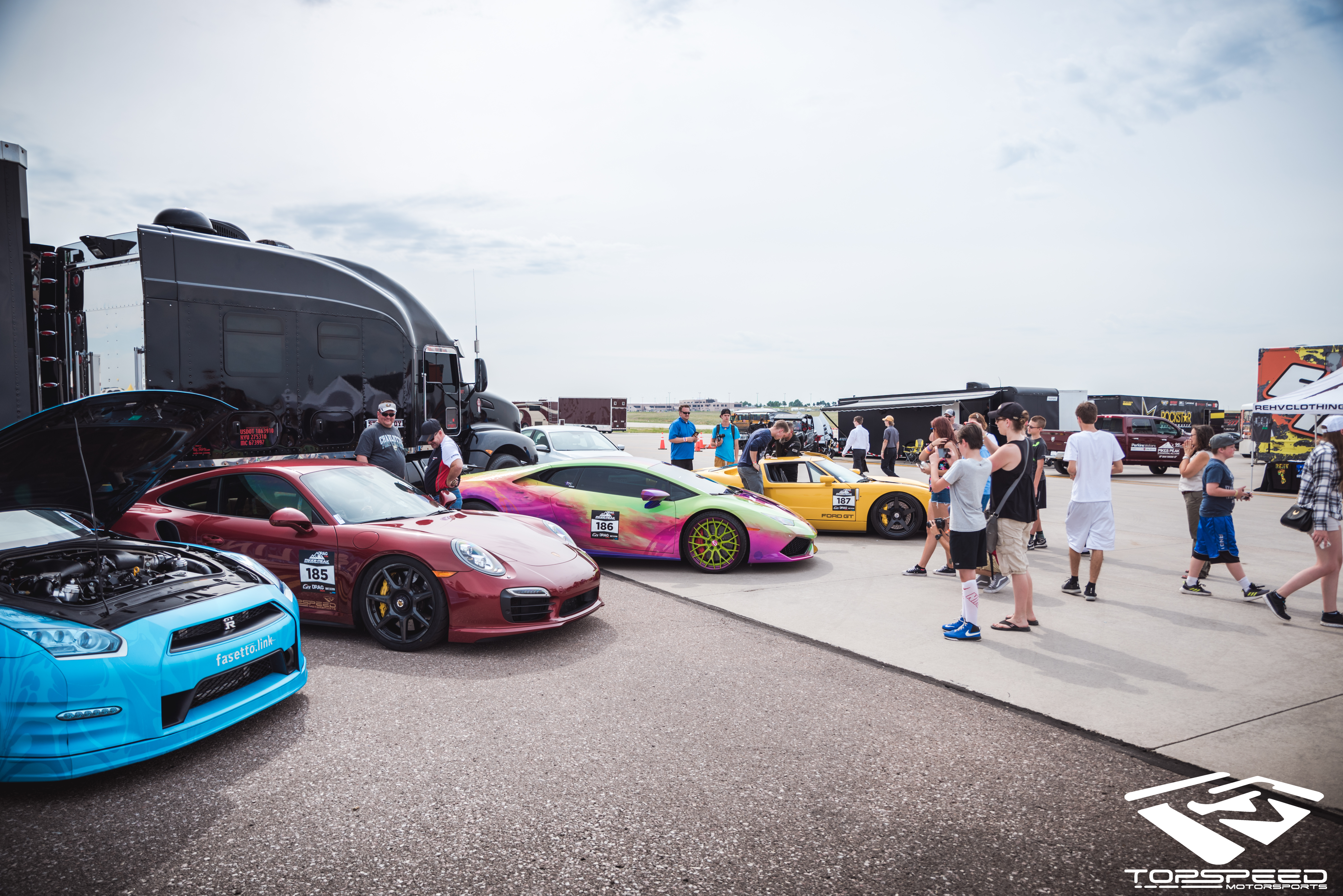 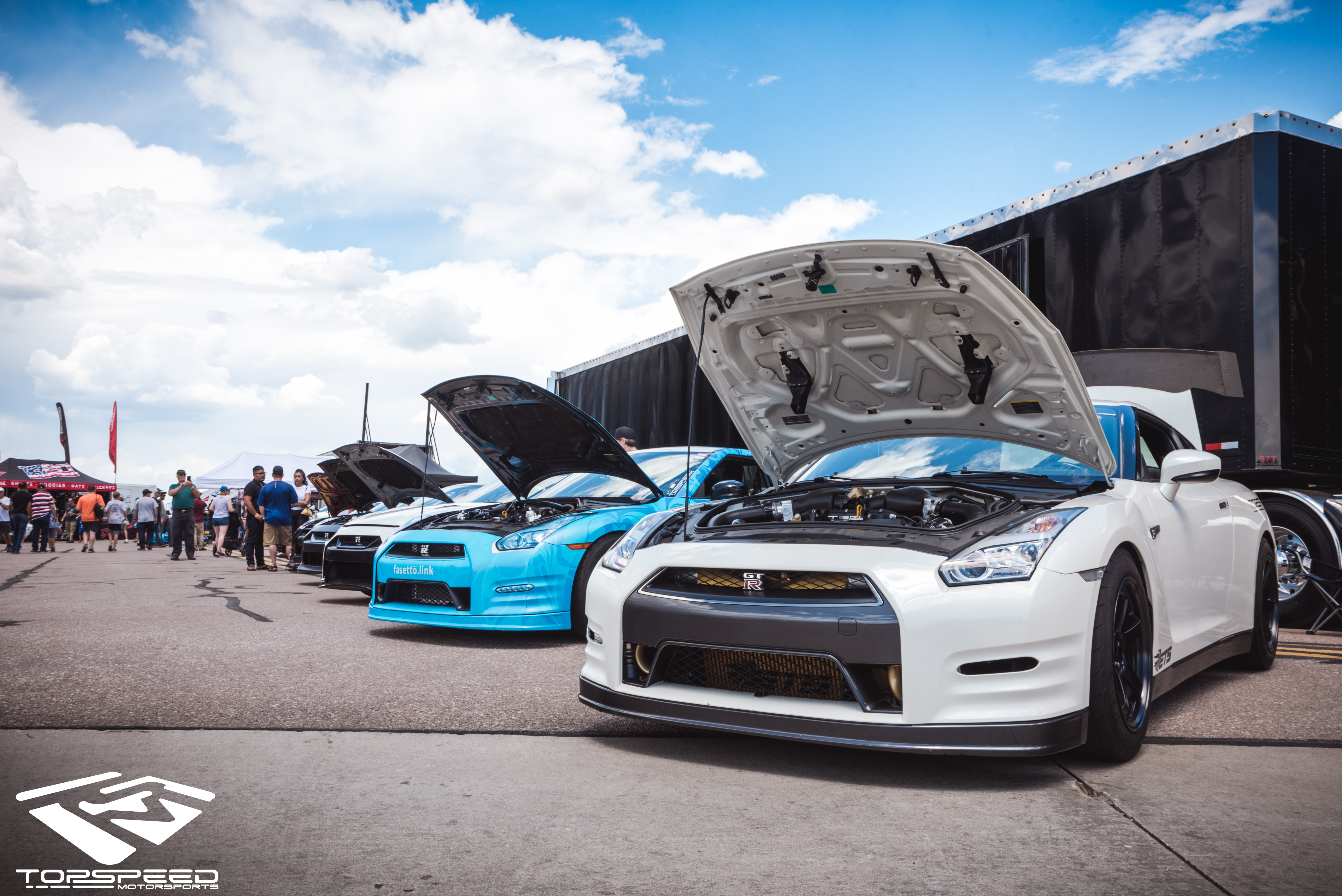 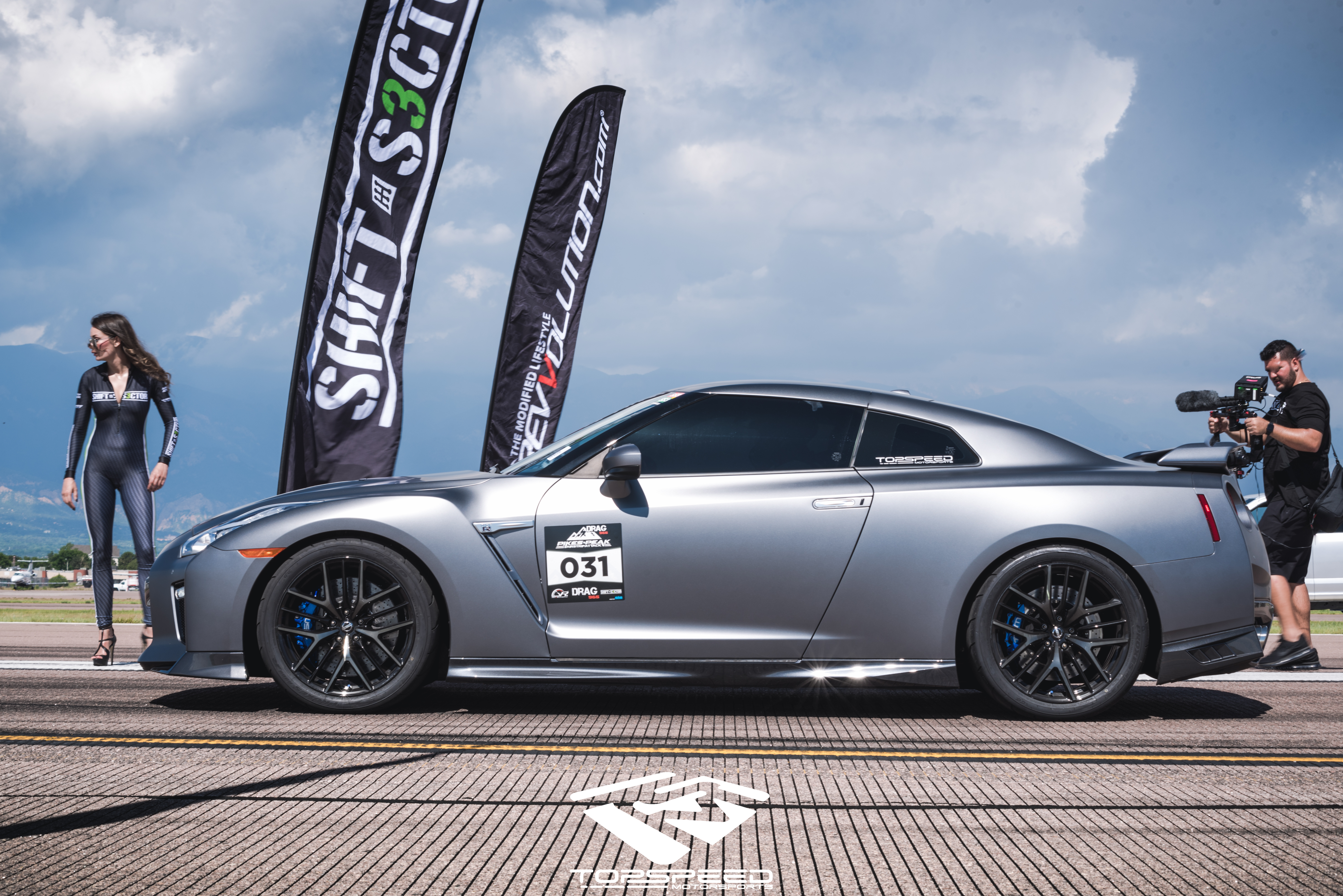 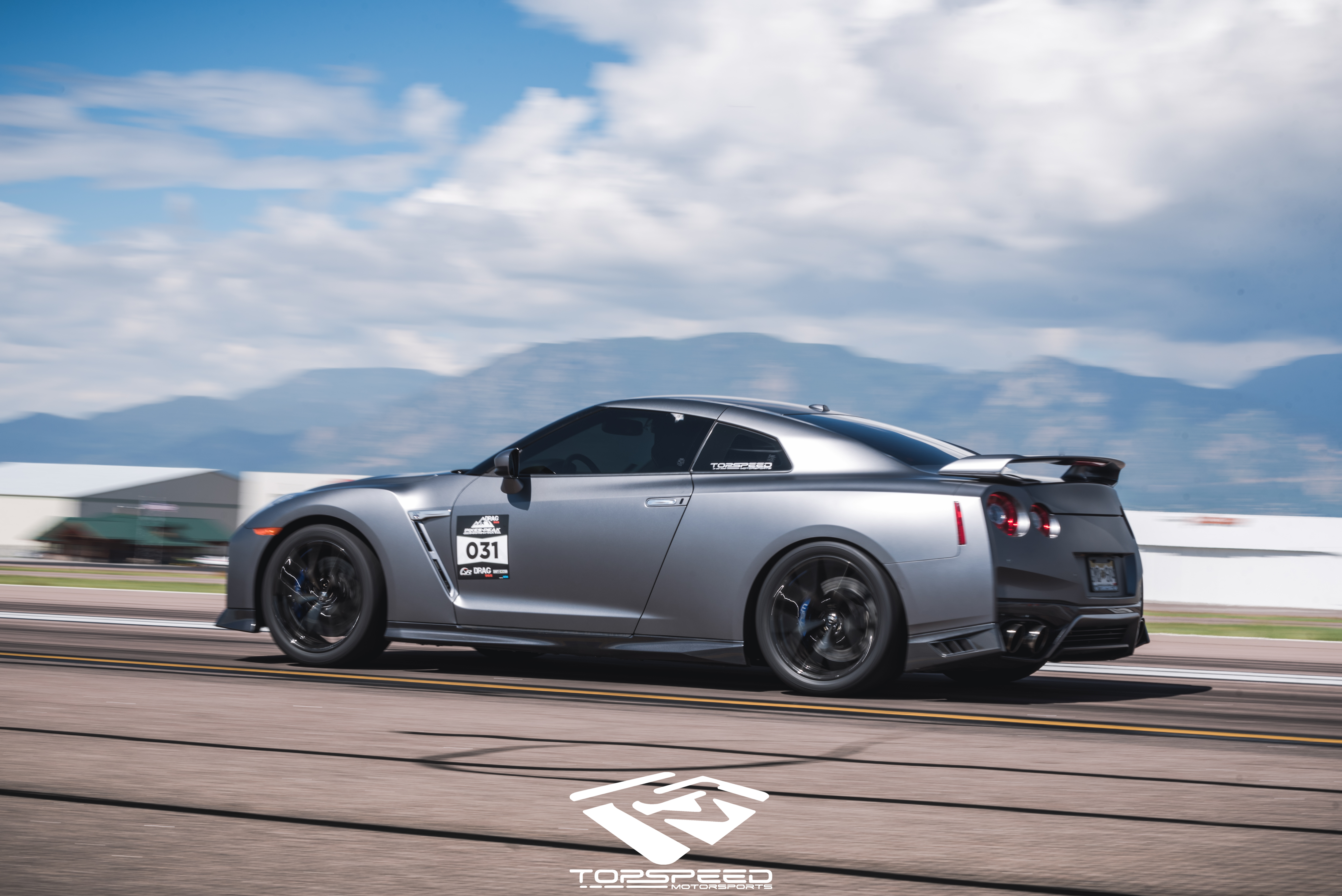 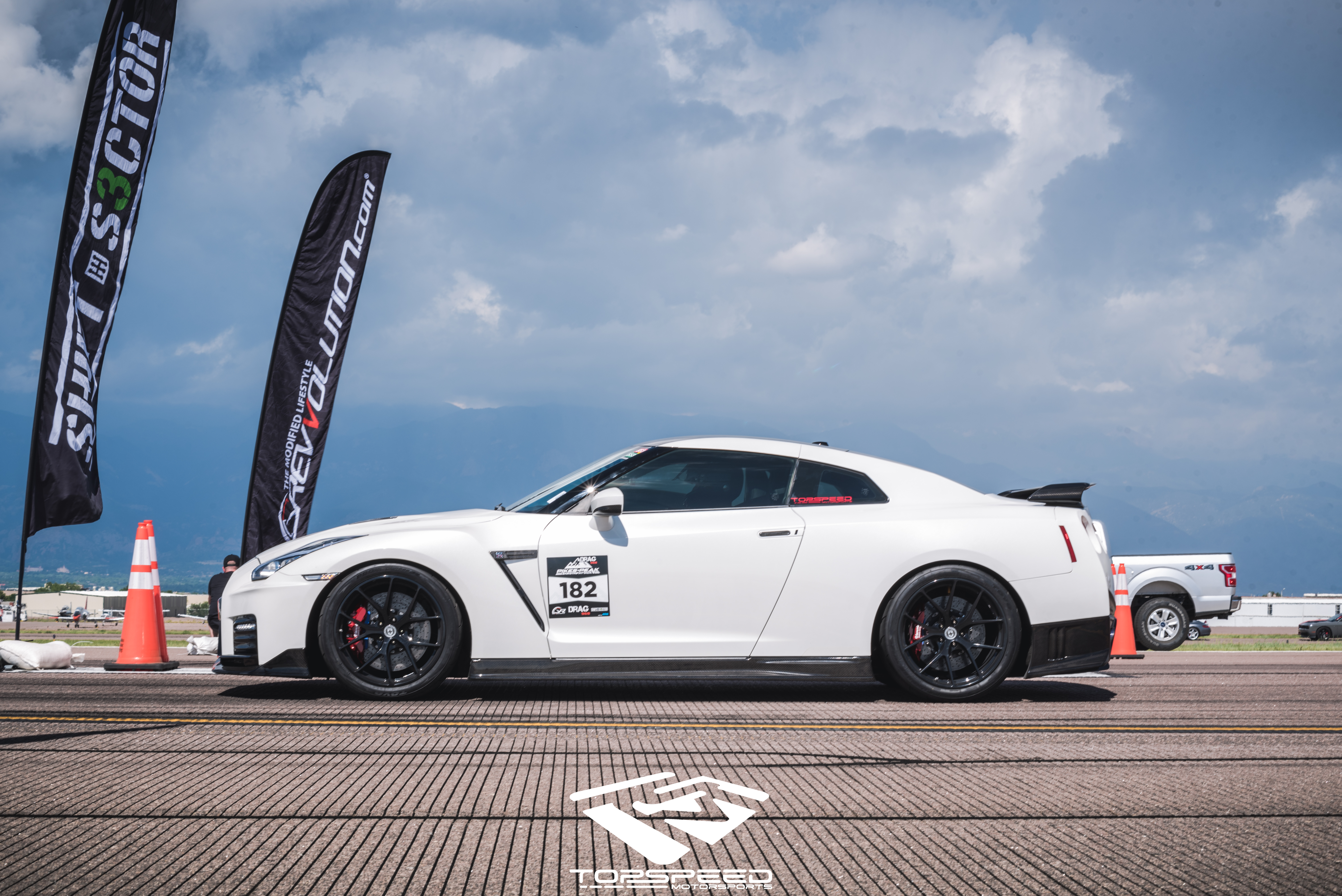 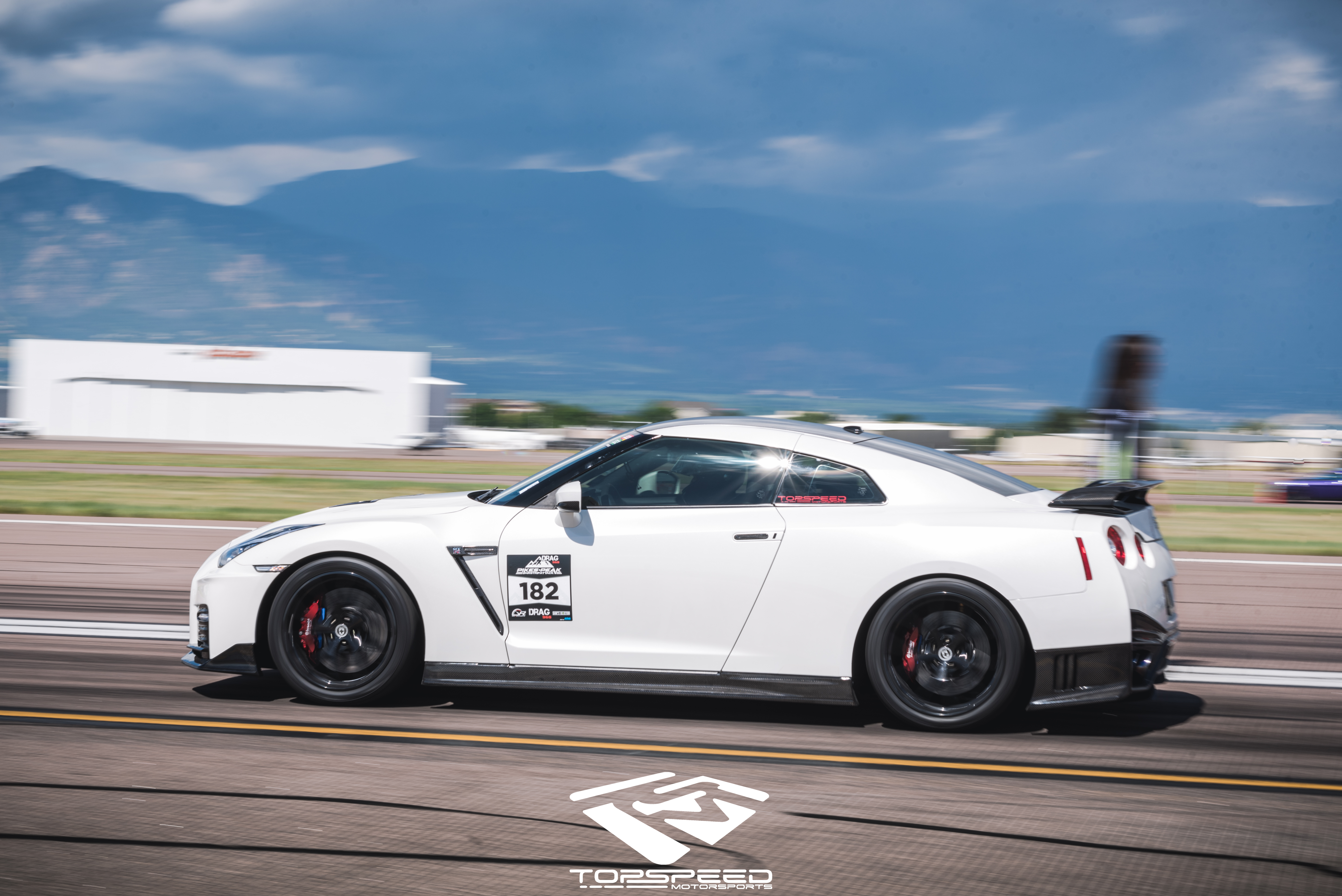 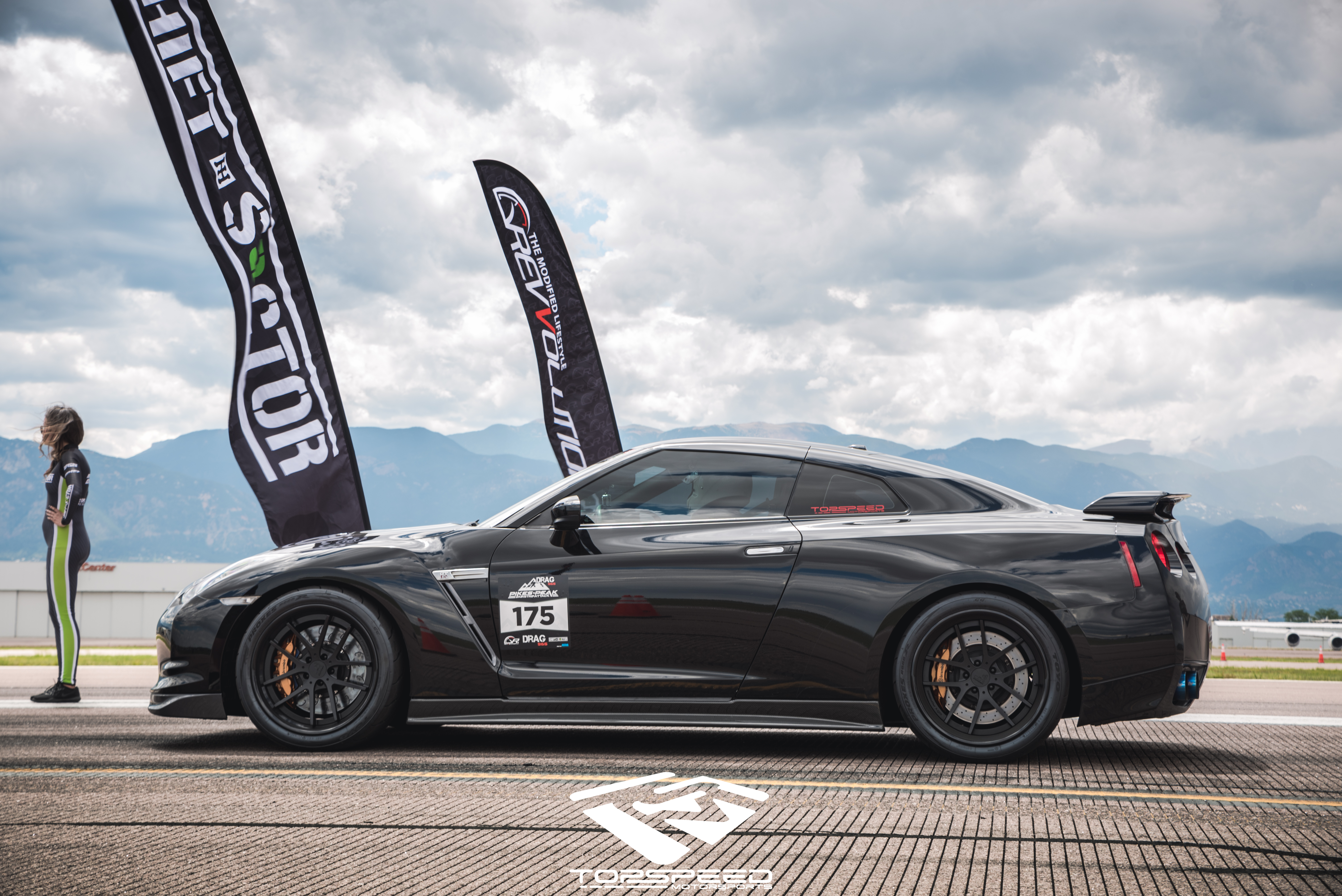 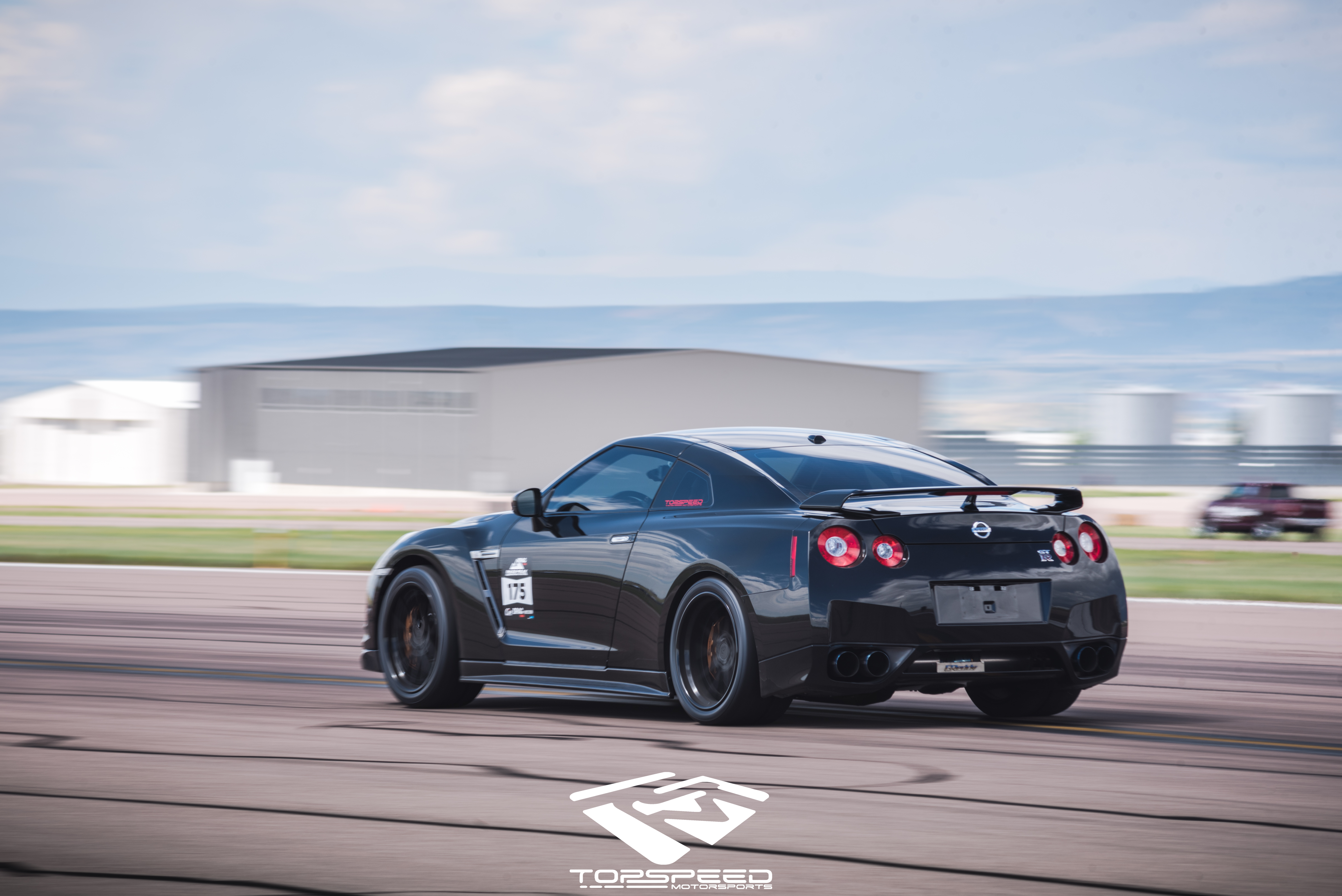 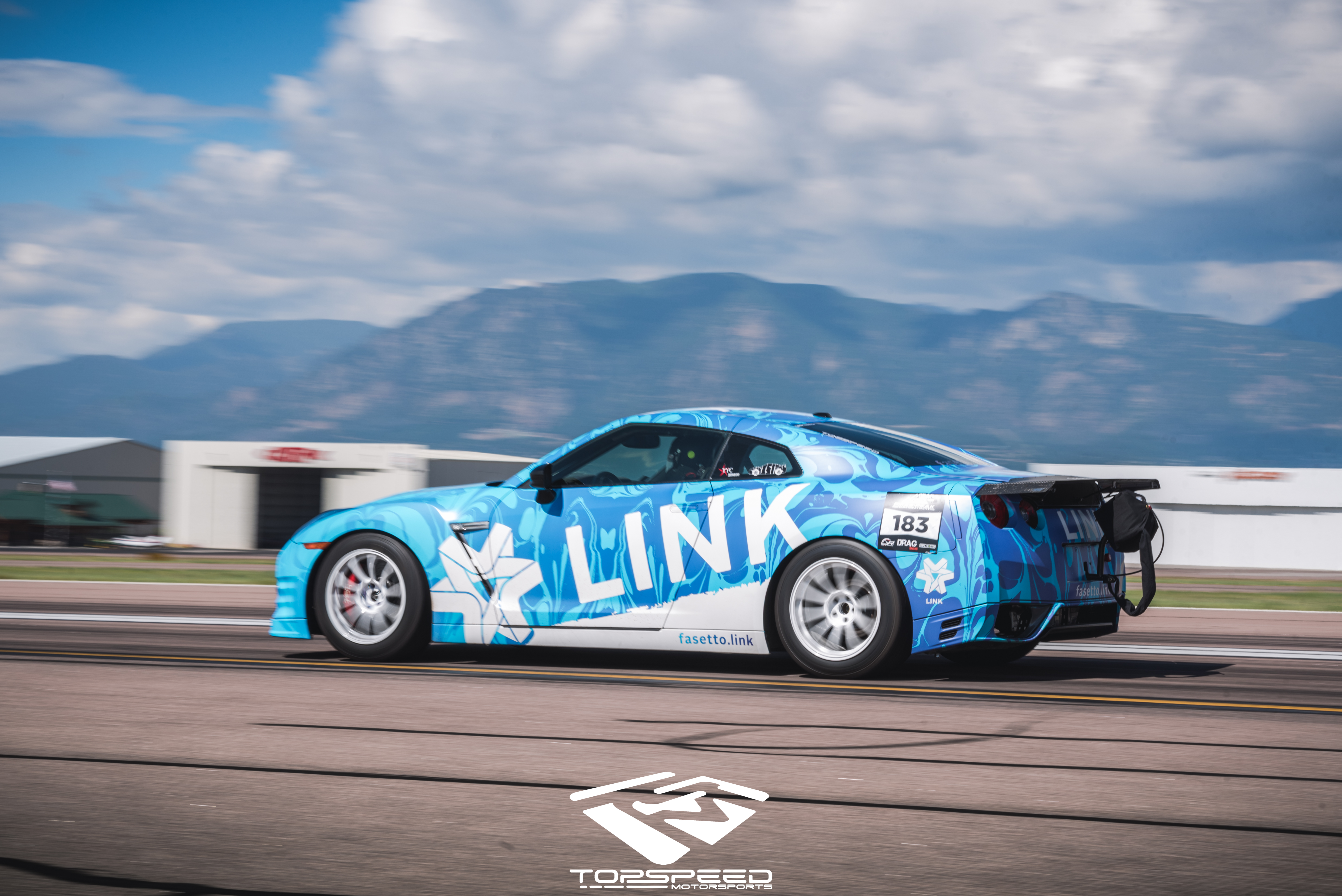 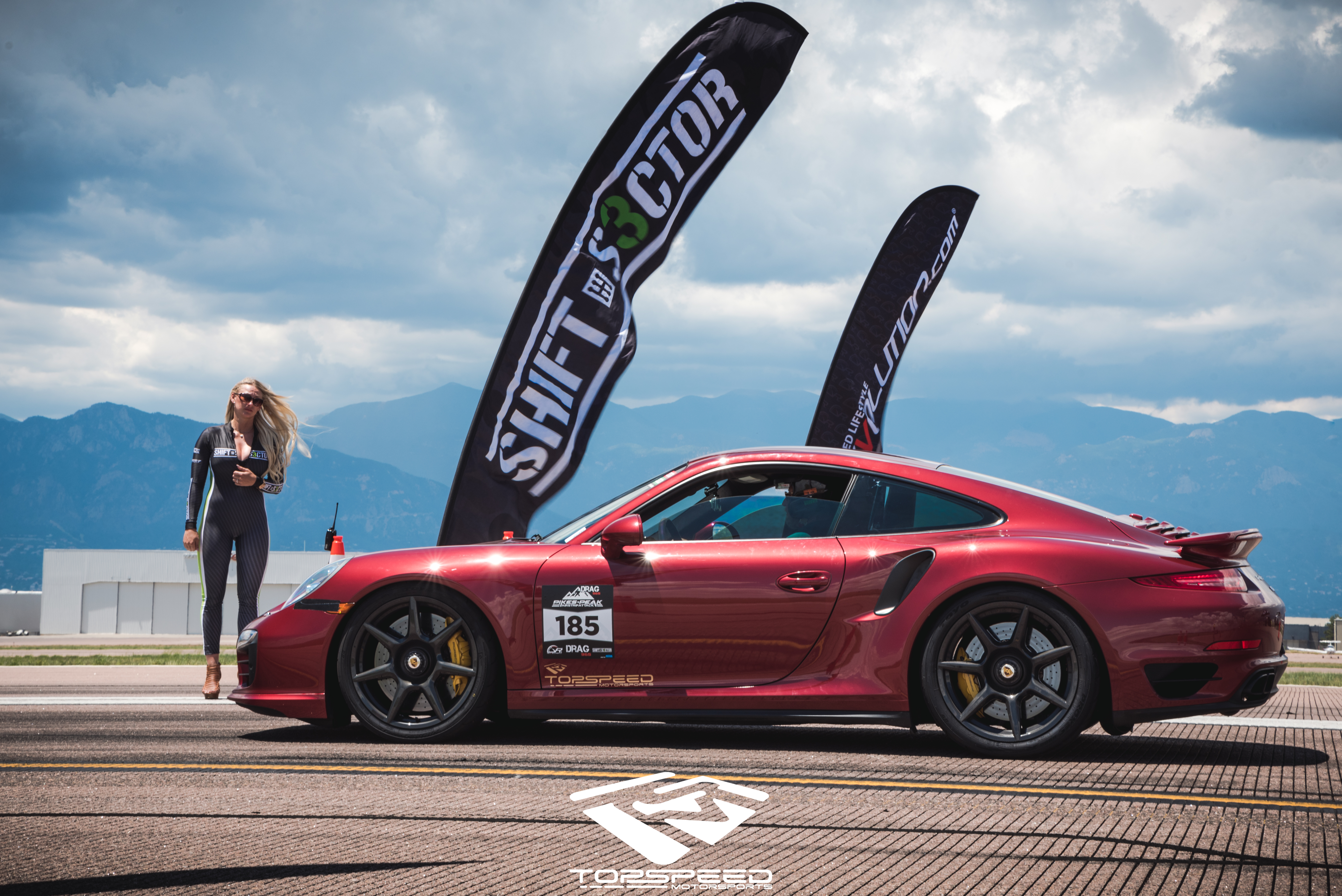 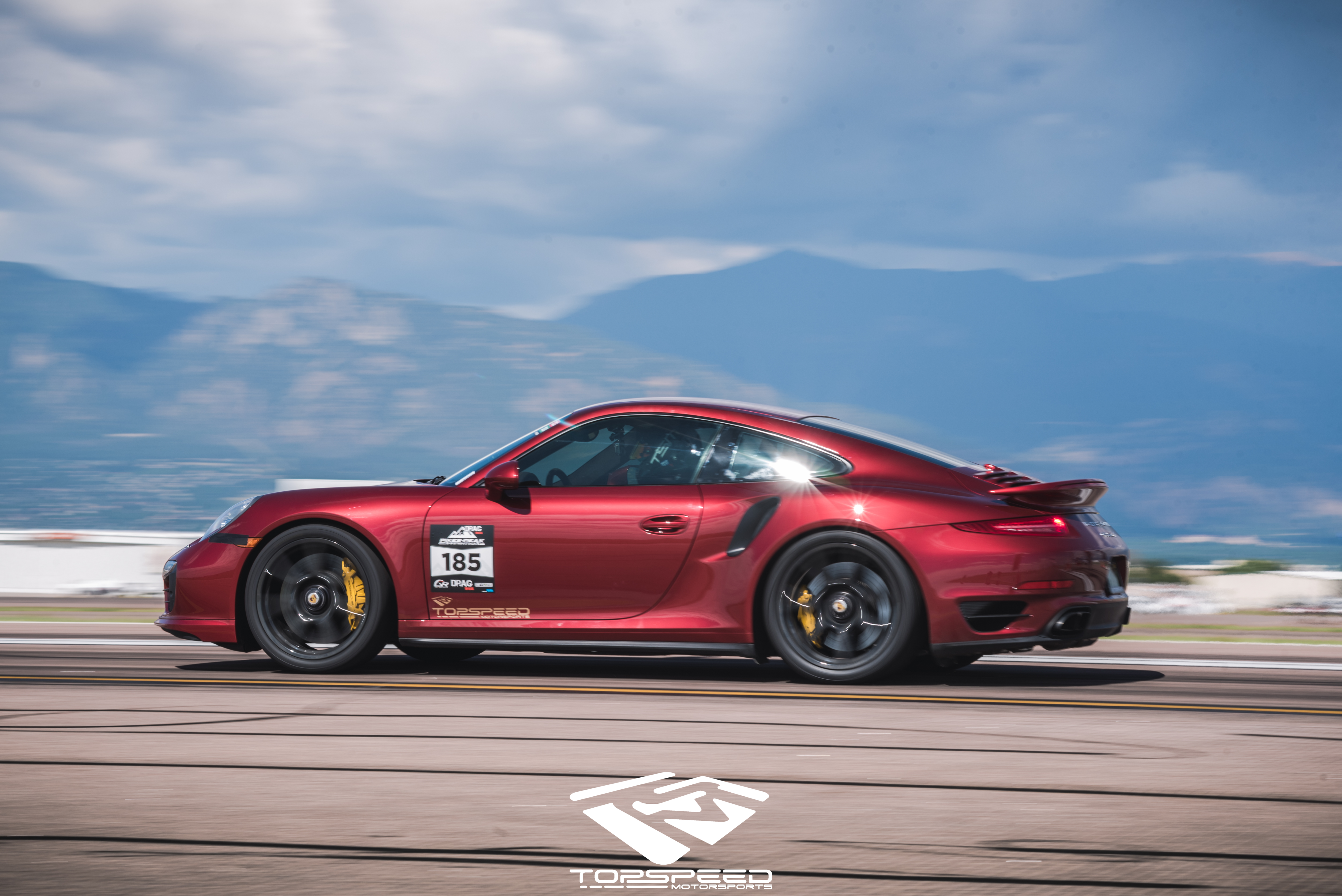 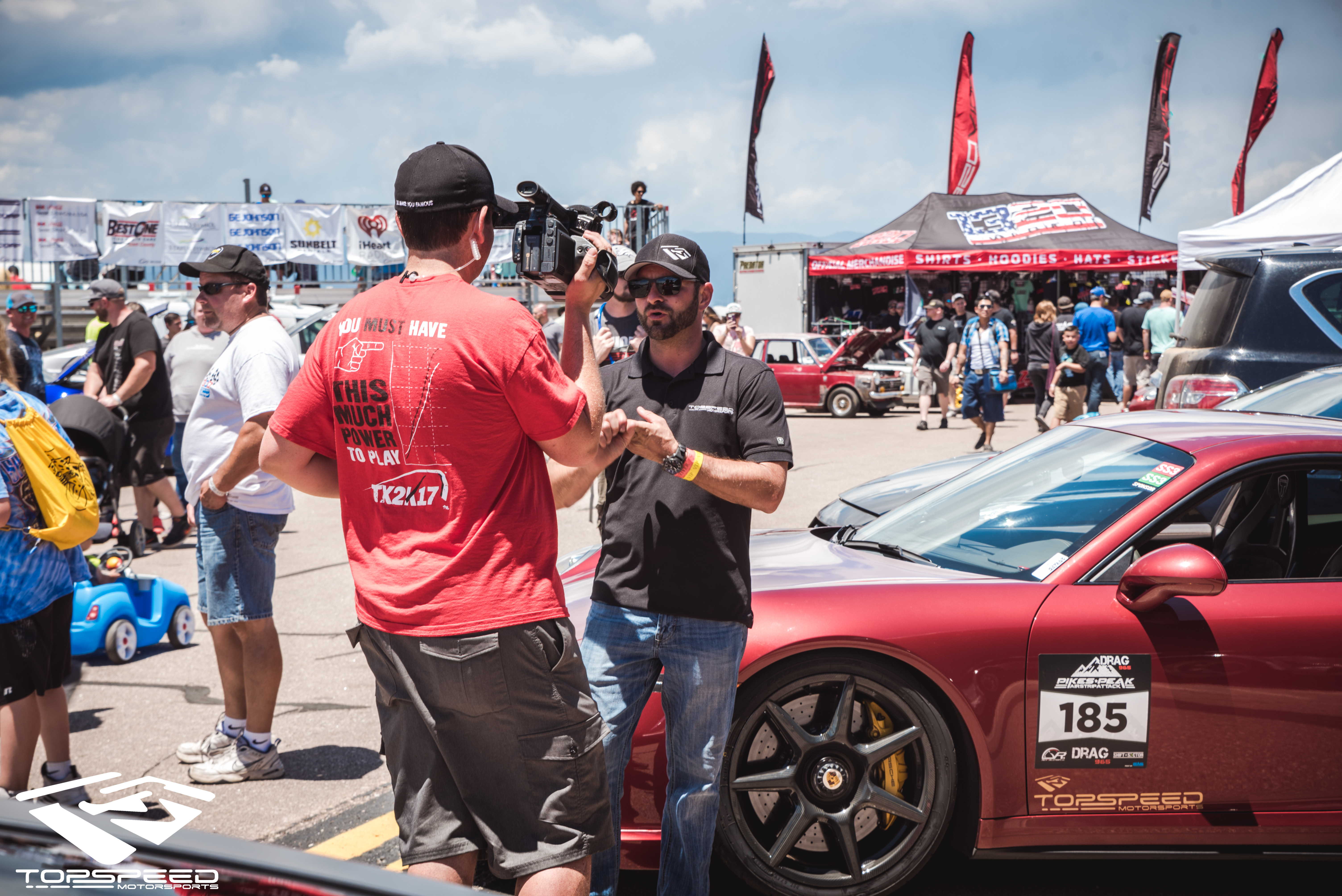